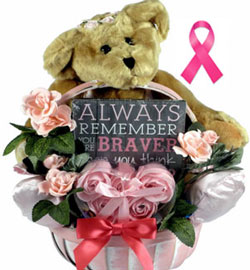 Situated on the Willamette River is the beautiful city of Portland, Oregon. Portland is located in Multnomah County as the county seat and has an estimated population of 538,544 as of 2003.

Interestingly, the name of Portland was determined as the result of the flip of a coin that is today called the Portland Penny. In 1843, a man named William Overton from Tennessee drifted onto the shores of the Willamette River. Another man named Asa Lovejoy from Massachusetts arrived in his canoe also. Overton, being a drifter, wanted to claim the land but had no money to do so. He asked Lovejoy for a quarter, promising him a share of the claim. The area was called "The Clearing" and was 640 acres total.

Portland was turned into a major port by a man named John Couch, a sea captain from New England. Industry and the economy grew during the California Gold Rush.

Another interesting story from Portland's history is that of Simon Benson and his "Benson Bubblers." In the early 1900s, Benson owned a lumber mill in Portland, and noticed that his workers were drinking alcohol during the day. Upon inquiry, he found that many of them were drinking simply because there was no fresh water to be found in the city. Benson built 20 beautiful freshwater drinking fountains, which still stand in downtown Portland today. Beer consumption actually decreased after the installation of the fountains! Benson also contributed much to Portland's society and economy by building the first major hotel there, helping fund a city park, and making donations to help local schools.

Things to Do in Portland

When visiting Portland, it's easy to see why the town is so inviting. Its pedestrian-friendly city blocks are lovely. There are parks, historic sites, museums and more. To name a few, the Oregon History Center, Oregon Maritime Center and Museum, World Forestry Center, Portland Art Museum and the Oregon Museum of Science and Industry.

Looking for romance? The Portland Spirit Dinner Cruise offers delicious dining and sightseeing on the Willamette River and Columbia River to Portland's downtown area. Or, take a city tour while in Portland. Tours are available at the parks, unique sites in the city, historical areas and more.

There is also the Portland Rose Festival, an event that lasts up to 25 days with around 80 events or festivities. This festival is held to provide family fun, civic pride and cultural diversity.

The entire family will enjoy the Oregon Zoo (http://www.oregonzoo.org) with its great animals and natural environment. Garden lovers will enjoy the many gardens of Portland, including the Grotto, a peaceful setting and botanical garden where one can view the Cascade Mountains, and even Mount St. Helens. The Japanese garden and Chinese garden are must-sees as well.

Portland, Oregon neighbors the cities of Vancouver and Gresham, and is located just north of Salem, Oregon's capital. Known as "Rose City," Portland is a quaint town that offers a blend of city life, a friendly atomosphere, and captivating scenery.