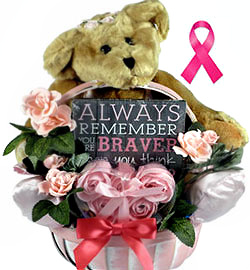 Adorable Gift Baskets offers a huge selection of the finest gift baskets for all occasions.

Find the perfect corporate gift baskets to build strong business relationships with your most important clients and employees, leave unique lasting impressions and expressions of client and employee appreciation.

About The Author: J. Harvey Hames

When Harvey was five years old, his family started attending Riverside Church of God in Atlanta.  His mother (Evelyn) met and married Jim who attended the church.  The three children plus his mother and new father (Jim) moved to West Palm Beach, Florida.  Everything was great for a while, then Jim Harvey's new stepfather became an alcoholic.  Then from " out of the blue", Harvey's real father (Riley) showed up in West Palm Beach, Florida, and kidnaps Harvey, now six, and his sister (Katherine) from their school.  He takes them back to Atlanta where he is now remarried to Janie.  Harvey's mother allowed Harvey and his sister to stay in Atlanta for six months before Harvey's mother came and kidnapped them back.

Harvey is now seven years old when his mother showed up while Harvey and his sister were walking home from school.  Harvey said, " Thank God" now we can live with mom.  Now all of them start driving to Stockton, California.  In the car was Jim (Harvey’s stepfather), his mother (Evelyn), and Harvey’s brother RT.  Only now RT (Harvey's brother) had just turned 16 years old and he had married Helen who lived in West Palm Beach, Florida.

They ran "out of money" in Mississippi.  His mother (Evelyn) and Jim (Harvey's stepfather) had to work for three months so they could drive on to Stockton, CA.

After getting to Stockton, they started attending a church there.  Now seven years old, Harvey gave his life to the Lord Jesus Christ.  However, because of his stepfather's work, and his mother wanting to stay on the move so Harvey's father (Riley) could not kidnap her children again.

Harvey went to twelve different schools up to the eighth grade.  Then he and his family settled back in Atlanta.  They started attending Riverside Church of God where Harvey met his future wife.

After moving to Louisville, KY, and working for his wife's father in his church full time, to become an ordained minister.  Harvey and his wife sang in a trio group.  Her father would preach, and they would sing on TV every week, and radio seven days a week.

Then after seven years they had a wonderful son, called Todd Lynn Hames.

After ten years, Harvey and his wife got a divorce.  She moved to Nashville, TN with their young son, Todd, to work for a gospel singing agency.  They represented many of the singing groups.

Harvey stayed in Louisville and started working in real estate.  After about a year the company made him manager of their main office of approximately fifty real estate agents.

Todd would go to Louisville to see Harvey many weekends.  Then Todd got married and Harvey would see Todd two or three times a year.

After, several years of living a single life, Harvey started dating a wonderful lady named Melaine.  He told her he was going to move to Florida and retire.  Her first words were, "I am going with you".  Finding a condo in Delray Beach, FL, they settled into Florida living.  Four months later she went to the doctor and was told she had breast cancer.  All the doctors gave her six months to live.  However, with God's grace, doctors, and chemo treatments she lived for seven years.  On January 2, 2020 Melaine went to be with the Lord in Heaven.

That is shortly after Harvey had written and had published "Bible Understanding", plus "Circle of Love".  You can find it on Amazon or IUniverse and bookstores. What would you tell somebody if they asked you who Jesus is? The author of this book, J. Harvey Hames, presents a clear understanding of who Jesus was, still is, and why knowing the real Jesus matters. This insightful, easy to read and understand; this book is perfect for skeptics, non-believers, new believers, as well as mature believers who wish to be reminded of who Jesus is and why they are so in love with Him. Bible Understanding including Circle of Love

If you are searching for the true meaning of God's word, this highly recommended, down-to-earth, no-nonsense book, Bible Understanding, by author J. Harvey Hames. The author speaks to you as if he is sitting right beside teaching you face to face. Your understanding of the Bible will begin to come together and make a huge difference in your life.